Depart the US on your international flight to Vienna.

Arrive in Vienna and begin your stay in Bratislava.

Enjoy a superb view of the old town from the upper terrace of St. Michael’s Gate. Its elegant copper roof is one of the city’s central symbols. Originally constructed in the 14th century, its Gothic style was later modified to its current, Baroque facade. The top of the tower holds a statue of the archangel Michael, slaying a dragon. Then tour Bratislava’s three-nave Gothic church, St. Martin’s Cathedral. This parish church, built between the 13th and 15th centuries, has hosted several coronations from Hungarian kings to Hapsburg royalty. Located a few miles west of Bratislava, Devín Castle ranks among the most important archeological sites in Central Europe. Located at the banks of the Danube River, this rugged castle is nestled in natural beauty.

The winding cobblestone streets and leafy promenades of the Castle Hill District lead past Baroque houses, Habsburg monuments, and quaint cafes. Behold Buda Castle, a palace razed and rebuilt over the centuries. It’s now home to the Hungarian National Gallery and Budapest History Museum. Visit nearby Matthias Church, one of the most unique churches in Europe. It has served its citizens since 1015 when it was founded by the first Hungarian king. Full of surprises, mysteries and treasures, the church has an exotic interior with colours inspired by Orientalism and Romanticism. Then finish off the day with a visit to Hungary’s largest church, St. Stephen’s Basilica. Dedicated to Hungary’s first king, the massive and ornate interior preserves his right hand in its reliquary.

Cross the border into Croatia and visit Karmenita Vrata or Stone Gate, one of the most noteworthy landmarks of Zagreb’s Upper Town. First built in the 13th century then renovated in the 18th century, study its facade to find historical and religious carvings throughout its veneer. Stroll among Kaptol, a medieval complex of churches, palaces, and museums before making your way to St. Mark’s Square. This courtyard has been the center of medieval Zagreb for centuries. Today, its picturesque atmosphere contains government and parliament buildings bursting with history.

Travel south to the shimmering port city of Rijeka. Set upon the Kvarner Bay in the northern Adriatic Sea, it’s known as the gateway to Croatia’s islands. Visit the Shrine of Our Lady of Trsat, the largest pilgrimage centre of Western Croatia. This Franciscan monastery boasts the golden painting of the Lady of Trsat, a gift to the Croats from Pope Urban V. Enjoy the luxurious Mediterranean climate with a trip to Rijeka’s beautiful seaside where you can relax or take a dip in its turquoise waters. Or choose to discover Rijeka’s grand theatres, avant-garde galleries, bustling commercial center, and Italian-Hapsburg blend of architecture at your own pace.

Continue your journey along the coast to Split. This maritime city has it all - Roman ruins, grand museums, fashionable cafes, and trendy shops. Its alluring location nestled between sandy beaches and rocky alcoves beautifully overlooks the mountain fringed Adriatic Sea. Tour Klis Fortress, an imposing garrison spread along a limestone bluff, stretching over 1200 feet high. Roam the grounds of this 2nd century BC fortification and visit its museum, which displays swords and costumes and offers detailed information on the castle’s brutal past.

Continue your time in Split with a visit to Diocletian’s Palace, considered to be one of the most imposing Roman ruins and a UNESCO World Heritage Site. This massive structure built as a retirement home to Emperor Diocletian in 305, is now the city’s heartbeat, packed full of shops, restaurants, and businesses. As you traipse through the tremendous complex, you’ll come to St. Domnius Cathedral. The structure was converted to a church in the 7th century after first existing solely as a Mausoleum of Diocletian. Mass is still held here today, making it one of the oldest Catholic cathedrals in the world still in use in its original structure. Then be more fully immersed in the ancient Roman Empire as you wander the endless alleyways and original archways of Old Town. The Riva Promenade is a charming way to end the day as you gaze out over the harbor.

Farther southward lies the idyllic town of Dubrovnik. It’s well preserved buildings, distinctive flair, and pedestrian friendly streets make it an easy city to explore. This now charming town was first a military stronghold with Fort Lovrijenac challenging any who would attack. The freestanding fort is triangular in shape and was defended with 10 large cannons, of which, the largest and most famous was called “Lizard”. With walls almost 40 feet thick, you will see why the phrase, “Freedom cannot be sold for all the gold of the world” is inscribed above its doorway.

Explore more of Dubrovnik’s history when you visit Roland’s Column, erected as a symbol of the city’s sovereignty and freedom amid the hostile neighboring powers. Then make your way to Sponza Palace, one of the few surviving buildings of the 1667 earthquake. It has subsequently been used as a mint, treasury, armoury and bank. Get the true feeling of entering a medieval city as you make your way through Pile Gate, an authentic drawbridge. Then stroll down the grand Stradun, the widest thoroughfare in Old Town, which once connected two ancient settlements. Spend the rest of the day in beautiful Sarajevo. As the capital and cultural centre of Bosnia and Herzegovina, it lies tucked away in a narrow valley of a mountainous countryside. With strong Turkish and European flavours, the city is truly a blend of East and West influences. Here the discoveries truly are endless. Explore tranquil bridges, famous Mosques, Pigeon Square, Turkish cafes, sobering cemeteries, and much more.

Begin your trip early and depart the USA for Vienna.

After arrival in Vienna, enjoy a driving tour throughout a city shaped by some of the western world’s greatest thinkers: Wolfgang Mozart, Ludwig van Beethoven, and Sigmund Freud to name a few.

With construction first beginning in the 12th century, this massive Romanesque church is a vital part of Vienna’s history. Then walk Kärntnerstrasse and experience an exciting shopping hub and excellent vantage point for glorious views of the surrounding architecture.

Wander the palatial grounds of Hofburg Palace, the heart of the Habsburg monarchy from the 13th century to the end of the monarchy in 1918. The opulent rooms that once housed royalty now provide the offices for the Federal Minister and other members of the Republic of Austria.

Meet up with the main tour and begin your tour of Bratislava.

April 29 - Krakow
Arrive in Krakow and enjoy a walking tour of the city. You’ll stroll through the stately and expansive Market Square, which is the location of Cloth Hall, a Renaissance-era trading hub.

April 30 - Wawel Castle & Wieliczka Salt Mines
As the highest ranked monument in the history of Poland, the Wawel Castle Museum represents a breakthrough in Polish architecture. Tour the monumental layout and bright interiors before making your way to the Wieliczka Salt Mines. A UNESCO World Heritage Site, its remarkably beautiful underbelly is a reflection of the country’s consciousness.

May 1 - Krakow
Enjoy a free day in Krakow exploring this historic city in your own style. Or choose one of two optional tours. Go on a rafting excursion along the Dunajec River and visit the Tatra National Park Ski Lift. Or pay your respects to the tragic victims of Auschwitz Concentration Camp when you tour the grounds and learn about its brutal past.

May 2 - Return to USA Return home to the USA. 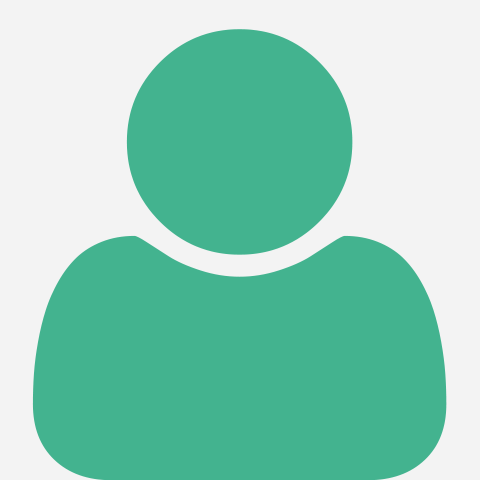 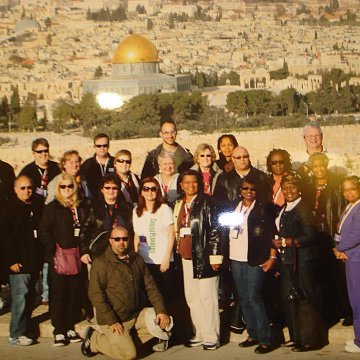 You will find the information you need to complete this form on the cover of your brochure near the suitcase icon.